As you know, for the first time in the history of ShowOFF Section, in addition to selecting eight winners who are already working intensively with curators on a collective exhibition, the curators decided to shortlist 8 really good projects.

For the first time in the history of the section we have drawn up the ShowOFF Shortlist:

Shortlisted artists will have a chance to individually consult their own projects and portfolios with ShowOFF curators during the Krakow Photomonth 2020 (SAVE THE DATE 21.05-21.06.2020). We are keeping our fingers crossed for them – it’s a great opportunity to receive advice and guidance from a group of experts from Poland and abroad!

Below you will find the shortlisted artists who wanted to share their work with you – be sure to check out their websites and social media! 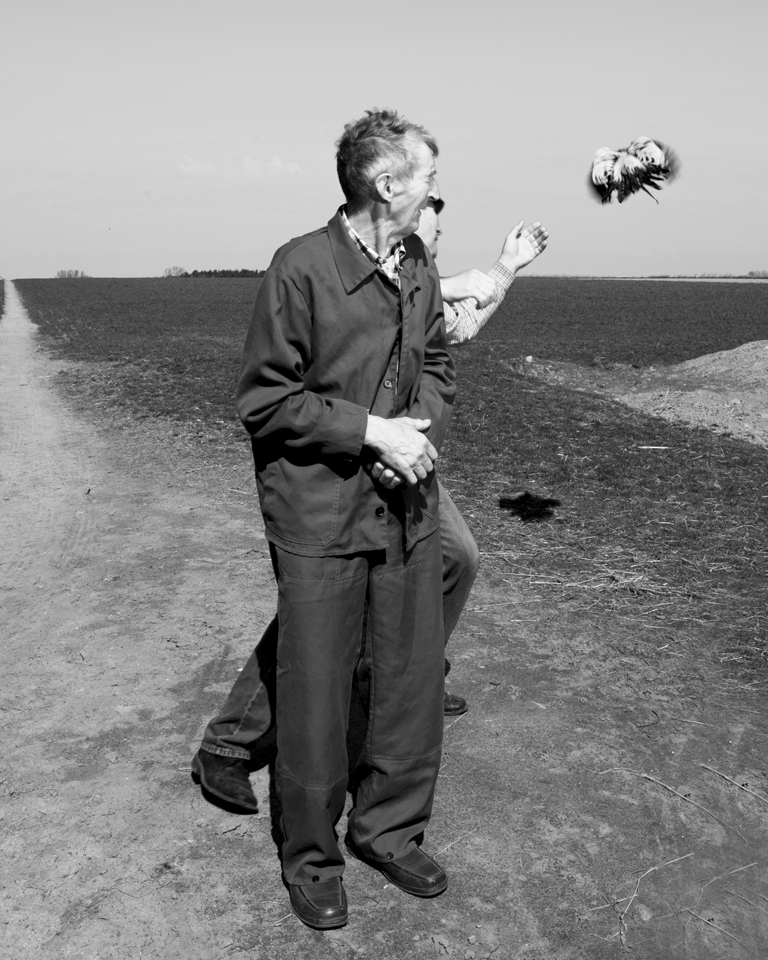 The past blends with the present in Apple Town in order to prove that nothing has changed in matters of garden craziness and bizarre links with nature. The city has always been the cultural centre of its region which proves annual festival called Festival of Flowers, Fruits and Vegetables. Collages relied on archive material merged with my photographs contain stories about different events connected to my home town.

Read more about the artist and her project: www.karolinagolis.com/apple-town 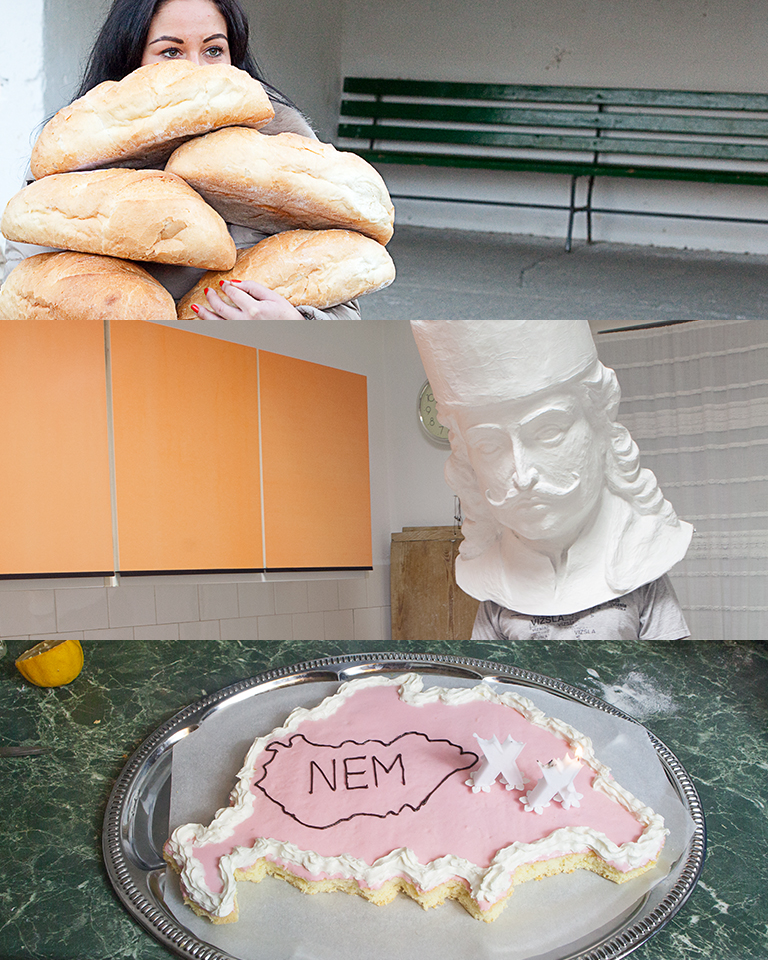 The series attempts to describe a Hungarian present whose post-socialist reality nourishes a new form of nationalism. A culture and history that‘s centred around being opressed, searches for a new enemy to blaim in this new free, but unfair world.

Read more about the artist and his project: www.tomoyaimamura.de/php/foto/leichnam.php 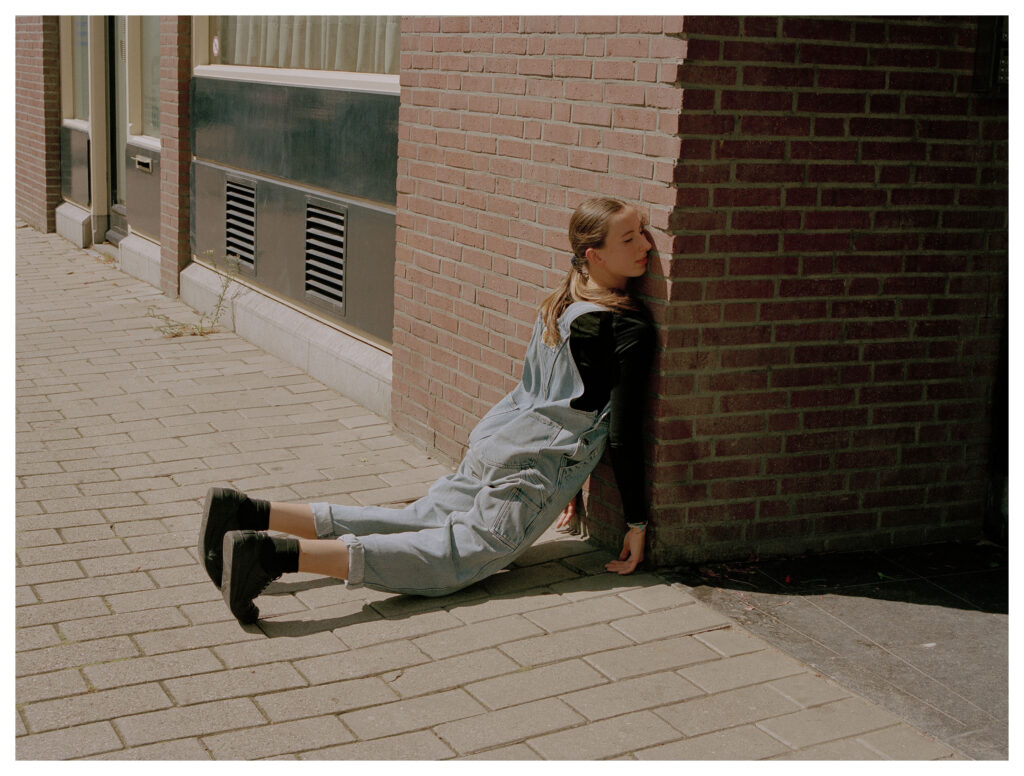 The City is a Choreography

“The City is a Choreography” explores the contemporary European city. The project exists of street scenes and portraits in public spaces that probes the disconnection between the city and the youth that reside within. With special attention to the sculptural qualities of the body and the relationship between space and individual, and between each other, the city always hums in the background of the images. ‘The City is a Choreography’ explores the escape from daily routine of everyday life and how the urban environment can be perceived with both eyes and body.

Read more about the artist and her project: www.melissaschriek.com 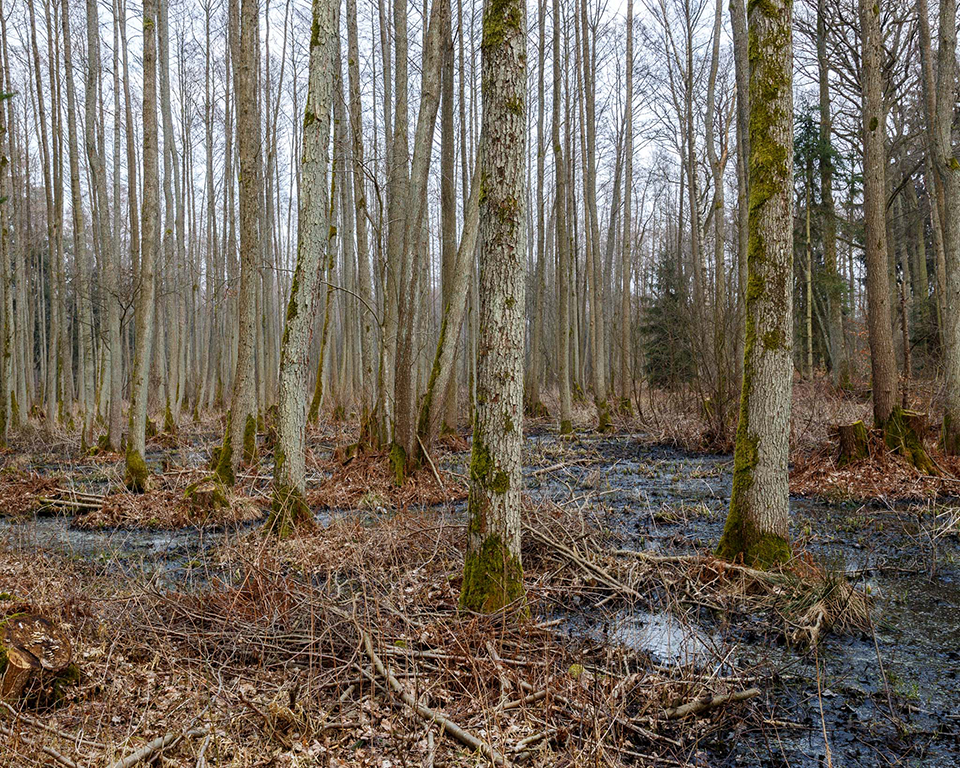 “New World” is the name of the announced shipping channel, which is meant to split the Vistula Spit, but it is also a way of thinking. A policy full of catchwords about sovereignty, independence, dignity and tradition create the new world primarily on paper. Images present places in Poland, where big politically motivated investments are planned.

Read more about the artist and his project: www.krzysztofsienkiewicz.com 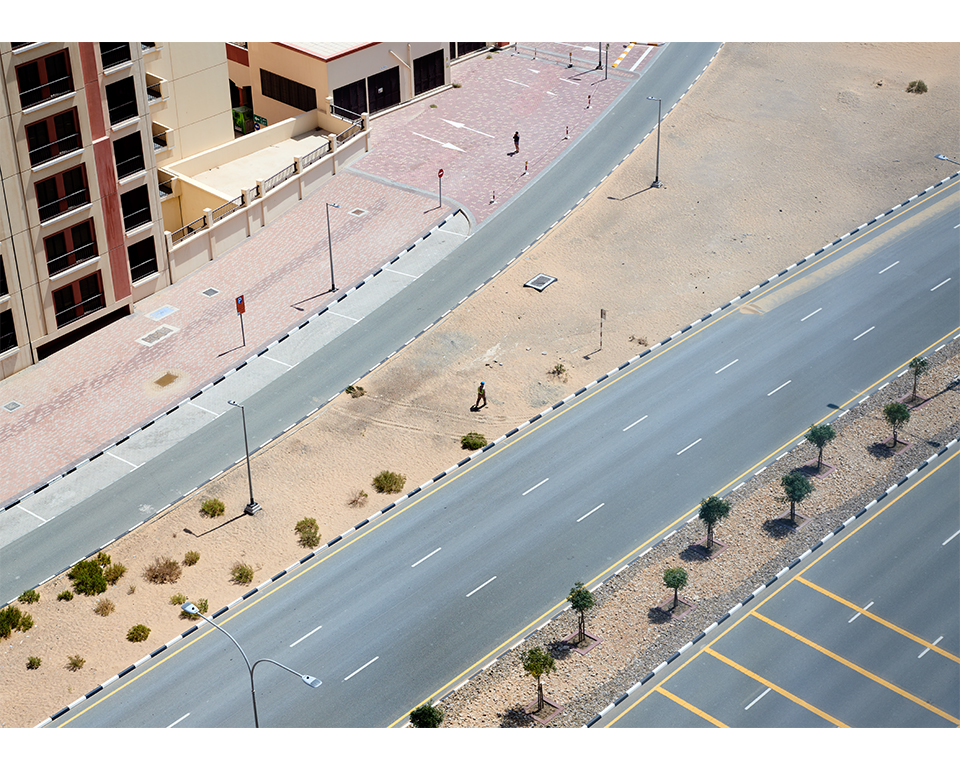 Extensive construction works in Dubai have a huge impact on the lives of its inhabitants. Huge buildings and living spaces are striking, but it is difficult to see the people living there. Pakistanis and Indians are the largest expat communities living in Dubai. In most cases, they are unskilled workers who work on construction sites or perform other simple, low-paid jobs. This series of photos tries to show the people we most often meet on the Danube streets and that they will never have access to idealized housing estates, which can be seen on huge and hyperrealistic architectural mockups before their real creation . Project in progress.

Read more about the artist and his project: www.instagram.com/kacperstolorz 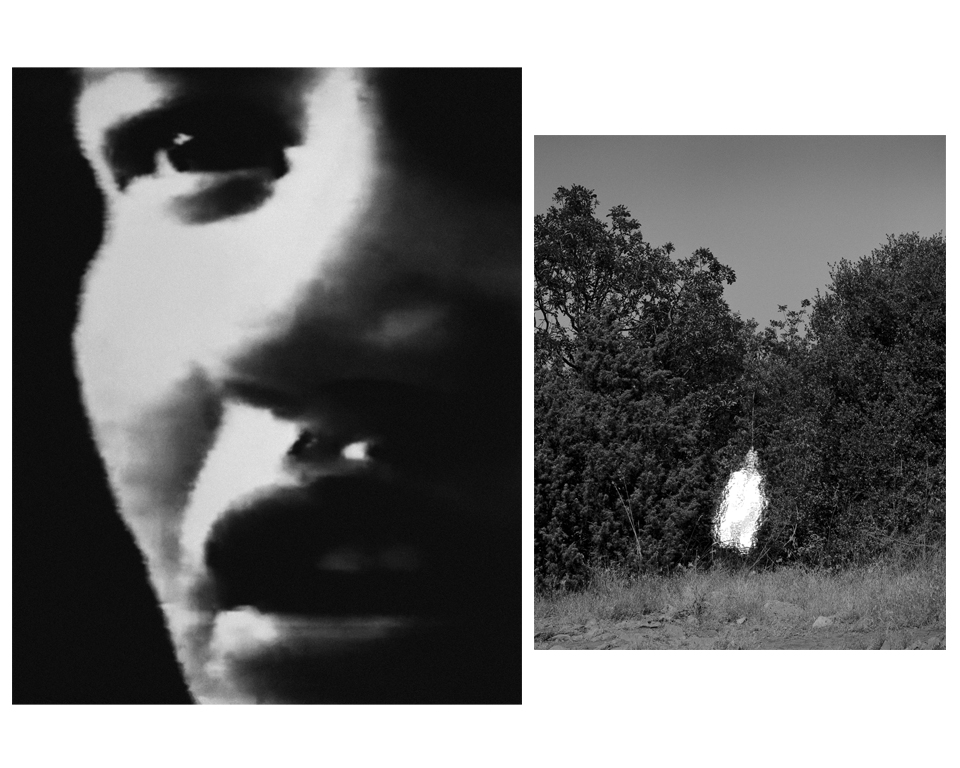 “Noema” is a body of work that investigates the mystical and phenomenological aspects of religious apparitions by searching for signs of a spiritual presence in two locations where groups of children have reportedly had visions of the Virgin Mary.

Read more about the artist and his project: www.michaelswann.co.uk/noema 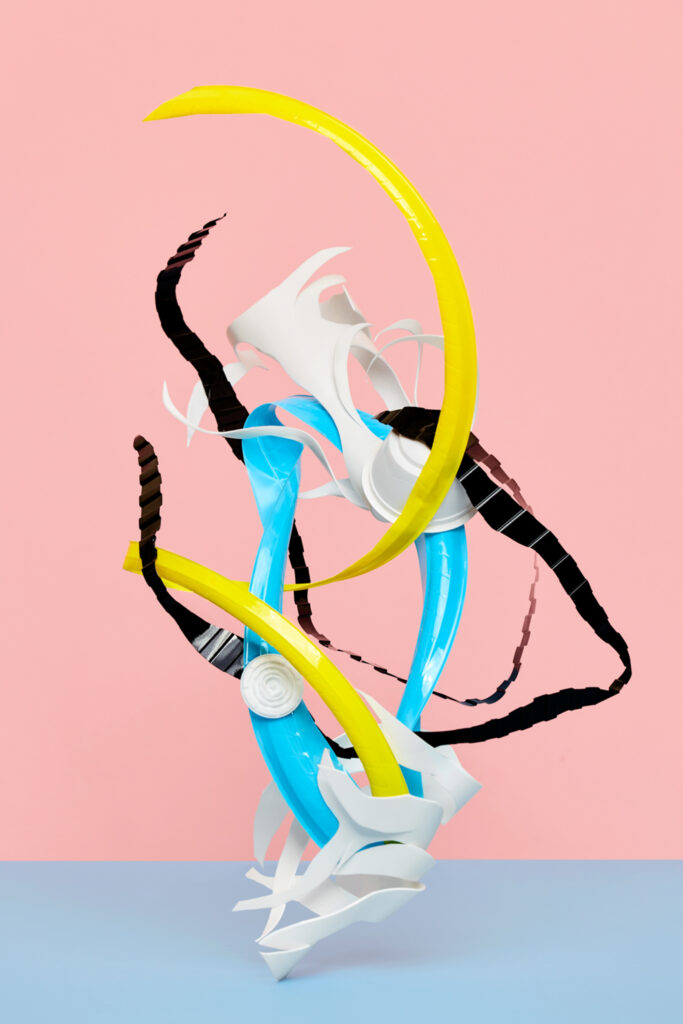 Coral reefs are one of the most beautiful natural phenomena on Earth. But it’s estimated that by 2030 90% of the reefs around the world will be under threat because of the environmental changes. If we don‘t limit production of disposable plastic, the reefs will be permanently destroyed and replaced by synthetic creations of Anthropocene.

Read more about the artist and her project: www.alkawroblewska.com/works/reef

We use cookies to ensure that we give you the best experience on our website. If you continue to use this site we will assume that you are happy with it.Ok